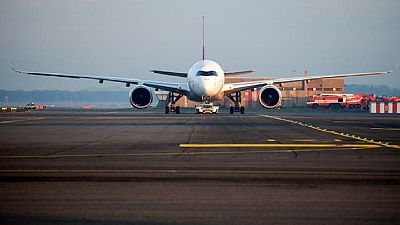 A Zimbabwe family that had been stranded at an airport in Bangkok for over three months has finally left Thailand, according to the Thai Immigration Bureau.

The family of four children under the age of 11 and four adults had first arrived in Bangkok in May, and stayed in the country till October after their tourist visas expired.

They had then attempted to leave the country for Spain but were denied entry aboard aircrafts because they didn’t have the right visas. They couldn’t re-enter Thailand since they had overstayed their visas and had to pay a hefty fine.

And thus the Bangkok Suvarnabhumi airport ordeal began for the family that also irked Zimbabweans when they said they couldn’t go back home for fear of ‘persecution’.

While the family stayed at the airport being taken care of by airport staff, the United Nations said ‘it was exploring options’ since Thailand doesn’t provide legal status to refugees and asylum seekers.

Today, a Thai immigration bureau spokesman, told the BBC that the family had finally left Bangkok on Monday afternoon, departing for the Philippines.

While Philippines has a refugee camp run by the United Nations High Commission (UNHCR) for Refugees, Pol Col Cherngron Rimphadee didn’t confirm that this was the final destination for the family.

When contacted, a UNHCR spokeswoman said the agency would not comment on individual cases.