'Come back home. It's safe' – Zimbabweans to family stuck at Thai airport 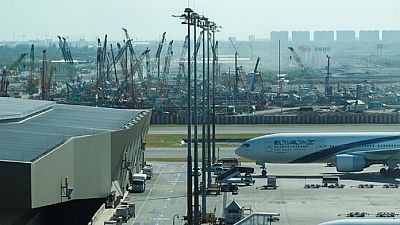 Zimbabweans have reacted to media reports of a family that has been stuck at the Bangkok Airport in Thailand for nearly three months.

AFP news agency reported this week that a family of four adults and four children, aged between two and eleven years have tried and failed to leave Thailand since October.

According to Thai immigration police, the family came to Thailand as tourists, overstayed their visas, then attempted to move on to Spain without visas.

They were reportedly denied the chance to head to Spain on October 23 since they had no visas.

They couldn’t re-enter to Thailand since they had overstayed their initial tourist visas by five months attracting a hefty fine.

The family is also said to have refused to return to Zimbabwe, iting their fear for their for their safety due to unrest in Zimbabwe.’‘

Civil unrest, zvimwe zvinopedza power, they must give another reason for not wanting to cme back home. We desperately need you ppl back b4 bvr exercise ends, your vote will determine whether you you're going to stay refugees or not!

Which civil unrest? Are they members of ‘the cabal’.

Does the family know that Mugabe has since been long gone? Their story sounds suspicious though.

Indeed, many have compared the family’s situation, which was first reported by a ‘good samaritan’ on Facebook to the the film The Terminal, in which actor Tom Hanks plays a man who is trapped in a New York airport.

The film is based on the real life story of Iranian Mehran Karimi Nasseri, who lived in Roissy-Charles de Gaulle airport in Paris for 18 years when he found himself caught in diplomatic limbo.

Immigration officials say the family has since applied to the United Nations for ‘refugee and asylum’ status and that the UN refugee agency, UNHCR is ‘currently exploring options.’