The Syli National of Guinea have had their coach Kanfory Bangoura axed, following his sides early exit from the CHAN, after they lost to Sudan and hosts Morocco.

Bangoura who’s also known as Lappe had been coach of Guinea’s senior team as well as the CHAN squad of locally-based players since July 2016. Bad results can be the coach’s fault or the players or a combination of both. Again if a failing coach has been hired why do the people who hired him, the board, get off Scot free? Big Free Bet delve into why coaches and managers like Arsene Wenger have never been shown the door. 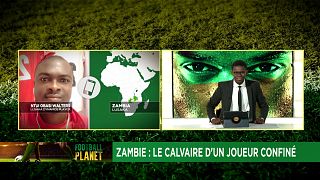