Ceasefire violations in South Sudan to be investigated 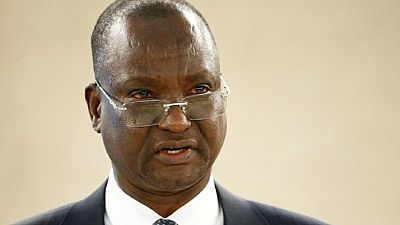 The body in charge of monitoring ceasefire violations in South Sudan’s conflict has said it will launch full investigations into allegations of truce violations in Jonglei state.

In the press statement seen by Africanews, the Ceasefire and Transitional Security Arrangement Monitoring Mechanism, (CTSAMM) said it recently received allegations regarding ongoing hostilities in some areas of Jonglei region where the South Sudan government army’s convoy was reportedly implicated.

“On the 3rd of January 2018, the CTSAMM were informed by the SPLA of the movement of administrative convoys intending to travel through areas of northern Jonglei State,” CTSAMM said in a statement.

“Subsequently on the 13th of January 2018, CTSAMM received allegations regarding ongoing hostilities in the area where the administrative convoy was said to be.”

Our monitors are currently visiting Yuai and Akobo, and we intend to also visit other areas in the vicinity of northern Jonglei.

The reports came in the wake of a tour of areas within the Jonglei region by the first vice president, Taban Deng Gai.

CTSAMM said it has launched an investigation in this area to ascertain whether a violation of the Agreement on the Cessation of Hostilities has taken place.

‘‘Our monitors are currently visiting Yuai and Akobo, and we intend to also visit other areas in the vicinity of northern Jonglei,’‘ CTSAMM said in a statement.

While the motive of the fighting is not yet clear, some officials say some of the natives were opposed to the vice president’s visit.

A days ago, both the SPLM/A – IO and other signatories of the truce called on CTSAMM to investigate any violations that might have happened in the Jonglei region.

South Sudan warring parties re-signed the cessation of hostilities truce in December last year in a bid to revitalise the peace process facilitated by the Inter Governmental Authority on Development (IGAD).

The four-year war in oil-rich South Sudan, a country that got her independence in 2011 from Sudan government after two decades of civil war, has forced more than a third of its 12 million citizens to flee their homes.