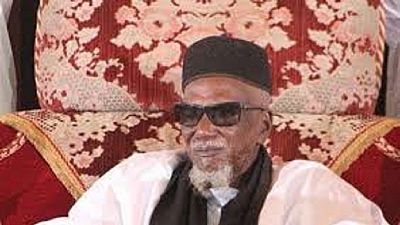 Thousands of Mouride brotherhood followers went to the religious city of Touba, 200km from the capital Dakar, to pay homage.

The head of Senegal’s influential Mouride brotherhood of Muslims in West Africa died on Tuesday.

The 92-year old was the grandson of the founder of the brotherhood, Cheikh Ahmadou Bamba Mbacke, and became its seventh caliph in 2010.

He will be succeeded by another grandson of Bamba, Serigne Mountakha Bassirou Mbacke, who met with the President Macky Sall on Wednesday.

“He always knew how to promote harmony in the Mouride community, in the religious community, in a global way. His discourse was always one of appeasement between brotherhoods that often lived through fraught or dynamic relations. Throughout his leadership, thanks to his efforts and the efforts of other religious leaders, said in Touba.

Over 90 percent of Senegalese are Muslims.

Most claim allegiance to one of four Sufi brotherhoods: half are Tidianes, a third Mourides most others Qadriyya and .

Since Bamba’s death in 1927, Mourides have followed his call for an annual pilgrimage to Touba, known as the Grand Magal, which marks Bamba’s exile to Gabon in 1895 by French colonial authorities who feared his growing influence.

The Mourides’ vast contributions have paid to build an enormous marble-clad mosque whose 87-metre (287-foot) tower dominates the city’s skyline.

Originally a rural movement which controlled Senegal’s main cash-crop, peanuts, Mouridism changed forever when a prolonged West Africa in the 1970s, forcing its devotees to the cities.