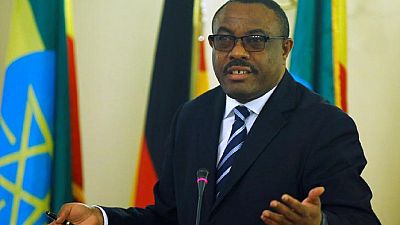 The Ethiopian government will drop charges against political prisoners and close a notorious prison camp in a bid to ‘widen the democratic space for all.’

The announcement made by Prime Minister Hailemariam Desalegn comes after days of consultations within the ruling Ethiopian People’s Revolutionary Democratic Front (EPRDF) coalition.

Addressing a joint press briefing with other chairpersons of the EPRDF’s member parties, Desalegn said the Mae’kelawi prison would be converted into a museum, and added that a new center has been established to replace Ma’ekelawi based on the national parliament’s guidelines on human rights and international standards.

Political prisoners that are facing prosecutions and are already under arrest will be released. And the notorious prison cell that was traditionally called Maekelawi will be closed down and turned into a museum

“Political prisoners that are facing prosecutions and are already under arrest will be released,” Hailemariam said. “And the notorious prison cell that was traditionally called Maekelawi will be closed down and turned into a museum.”

The Prime Minister said charges will be dropped for all “political prisoners” who are currently under prosecution and pardons will be issued to all who have already been convicted and are serving their sentences in order to create the space for a national dialogue and national consensus.

Rights groups and opposition groups in Ethiopia had been calling for the release of political prisoners, saying they were arrested on trumped-up charges and were being punished for their points of view.

Ethiopia’s government has long been accused of arresting critical journalists and opposition leaders.

Some of the prominent politicians currently in custody include opposition leaders Bekele Gerba and Merara Gudina. A number of journalists also remain in detention.

An independent task force has also been set up to investigate human rights abuses and the handling of prisoners.

Ethiopia has faced more than two years of anti-government protests with demonstrators calling for political and economic reforms, which prompted a crackdown and thousands of arrests. 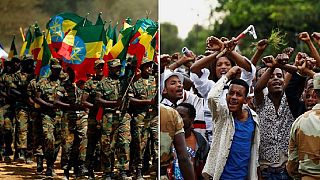 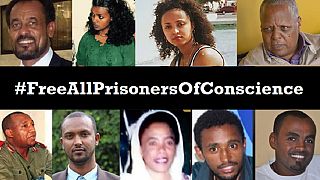 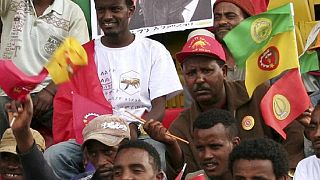