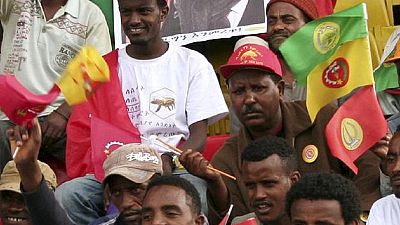 The ruling Ethiopian People Revolutionary Democratic Front (EPRDF), has defended the country’s anti-terrorism law during a discussion with some opposition parties on Friday (December 22, 2017).

According to the state-affiliated FBC, the party in its defense said the law was promulgated based on studies and drawing from experience of other countries.

Opposition parties involved in the talks tabled their views on what needed to be added to or deducted from the law as it stands, but the EPRDF representatives argued that the law was important especially for a country that was vulnerable to terrorist attacks.

The anti-terrorism law has been described as high handed and nebulous, allowing the government to detain opponents be they in the media or political activists. Human Rights Watch, Amnesty International and other rights groups have criticized the law.

The European Parliament in December 2016 adopted a resolution on the violent crackdown on protesters early that year. At the time, Ethiopia was into the second month of a six-month state of emergency.

The FBC report, however, did not mention whether Members of Parliament from the Oromo and Amhara blocs of the coalition had participated in the meeting. The BBC reported that MPs belonging to the blocs had boycotted parliamentary business in the wake of spreading insecurity across the country.

The two parties have agreed to continue deliberations on the law at a later date, December 28, 2017, FBC added.