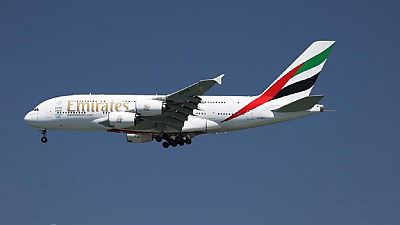 Dubai airline Emirates will stop flying to Tunisia, it said on Sunday, after the North African country said it had banned flights from the United Emirates carrier.

The announcement came two days after Tunisian government officials said the UAE had banned Tunisian woman from flying to or transiting through its territory.

No reason was given for either decision.

Emirates said on Twitter it would stop its Dubai-Tunis connection from Monday following instructions from Tunisia.

Emirates will stop services between Tunis and Dubai, as instructed by the Tunisian authorities, with effect from 25 December 2017

The Tunisian transport ministry said in a statement earlier that Emirates flights would be suspended until the UAE airline found a way to operate according to international law and treaties.

The UAE minister of state for foreign affairs, Anwar Gargash, said on Twitter both countries had been in contact about the “security measure information”, without elaborating.

He added that the UAE valued and respected Tunisian women.

In Tunisia anger has been building after women said they had been banned at Tunis airport from boarding Emirates flights to Dubai.

Tunisian civil organizations and political parties called on the government to act.