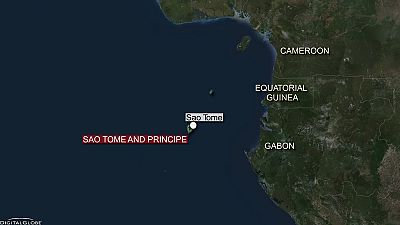 The World Health Organisation, WHO, has warned that Sao Tome and Principe risks losing the gains made against malaria if funding for government campaigns against the disease is compromised.

“The impact of lack of funding is unknown. However, if current efforts to control malaria have to be reduced due to lack of funds,a high risk of a relapse exists,” Rebekka Ott, the Global Fund representative on Sao Tome, told AFP

The Global Fund to Fight AIDS, Tuberculosis and Malaria, a foundation partnered with the WHO, finances most measures to beat the disease on the islands. WHO recently reported that the Global Fund may be slashed by 50% and that Sao Tome and Principe would then need ‘‘more or less $5 million (4.2 million euros) between 2018 and 2021 to go on getting good results”.

We have three strategies: spraying inside houses, distributing mosquito nets impregnated (with insecticide) and the fight against larvae using a biological insecticide that we spread in stagnant waters

At the end of the 1980s and again in 2012-2013, the disease ravaged the country because of a shortfall in funding and spreading resistance to insecticides.

The humid tropical climate of the islands provides an ideal breeding ground for the female mosquitos that carry the parasitic infection from one person to another with their bloodsucking bites.

The island nation in the Gulf of Guinea is at war against malaria, as it has been twice a year since 2003, with such success that the disease no longer routinely claims lives.

“Our last death was in 2016. It was a Portuguese man who failed to take measures for prevention and treatment,” said Hamilton Nascimento, coordinator of the National Programme to Fight Paludism (PNLP) in Sao Tome.

The government wants to wipe it out everywhere by 2025, but the WHO has warned that a sizeable part of future funding is at risk.

The islands of Sao Tome and Principe, which have a combined land surface of 1,000 square kilometres (386 square miles), benefit from their offshore location west of Gabon and from a small population of less than 200,000 inhabitants.

“We have three strategies: spraying inside houses, distributing mosquito nets impregnated (with insecticide) and the fight against larvae using a biological insecticide that we spread in stagnant waters,” Nascimento said.

The population of Sao Tome also has access to free medication to treat malaria and to testing campaigns nationwide. If a case of malaria is detected, “the hospital follows up the patient for 28 days,” he added.

“Sick people are given free care by the health centres and medicine is accessible everywhere in the country.”

And yet, as WHO reports, there is a real risk of relapse. Other than the funding gaps that the Global Fund slash would entail, government is worried that its citizenry have started to grow weary of the repeated campaigns.

“The number of people who open their doors to the mosquito sprayers has gone down,” Health Minister Maria Jesus Trovoada said, concerned that this refusal to take part “puts all the efforts of the government in peril”.

The decision by the Sao Tome government to cut ties with Taiwan in favour of China also risks backfiring as far as the fight against malaria is concerned. Taiwan previously paid more than 30 percent of the cost of fighting malaria,yet the Chinese who should take up the funding commitments are only providing “technical assistance” rather than financial aid.

Whatever the obstacles, the WHO announced in April 2016 that 21 countries in the world may eliminate malaria by 2020. Six of those nations are in Africa: Algeria, Botswana, Cape Verde, Comoros, Swaziland and South Africa.