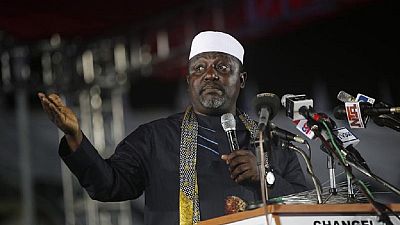 Governor of Nigeria’s south-eastern Imo State has appointed a Commissioner for Happiness and Couples’ Fulfillment, local media portals have reported.

Rochas Okorocha’s decision has, however, received flak on social media with many Twitter users asking whether there is really the need for the post.

The occupant of the new position happens to be Governor Okorocha’s sister, Ogechi Ololo. She has previously held the position of Deputy Chief of Staff and special adviser on domestic matters.

The governor is, however, no stranger to controversy. He has built a number of statues with over $1m of tax payers money.

Two African leaders who have been beneficiaries of the Statue project are South Africa’s Jacob Zuma and most recently Ellen Johnson Sirleaf of Liberia.

Despite the social media flak, a spokesperson for the governor says there is nothing unusual about the appointment given that the governor has always wanted a happy citizenry. Okorocha belongs to the ruling All Progressives Congress (APC) party.