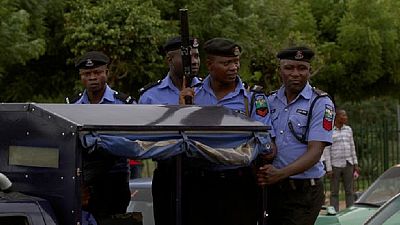 Nigeria’s Inspector General of Police (IGP) has ordered the reorganization of the country’s special anti-robbery squad (SARS) following an online campaign to have it disbanded.

The #EndSARS hashtag trended over the weekend after twitter user purported that members of the squad had shot and killed a young man.

The hasthtag was used by many others to share their experiences with the squad, most of which bordered on the flagrant abuse of powers by SARS members. Issues of arbitrary arrests, detention without charge and violent threats were among the key complaints.

In the new arrangement, a Commissioner of Police is now the overall head of the Federal Anti-Robbery Squad nationwide under the Department of Operations, Force Headquarters Abuja.

But in a press release issued on Monday, IGP Ibrahim Idris, said the police force had been following the complaints and had seen “the need to to reposition SARS for more efficiency and effective service delivery to all Nigerians.

“The IGP has directed the immediate re-organization of the Special Anti-Robbery Squad (SARS) nationwide and instant investigation into all the allegations, complaints and infractions leveled against personnel of SARS across the country by the IGP X-Squad of the Force.

“In the new arrangement, a Commissioner of Police is now the overall head of the Federal Anti-Robbery Squad nationwide under the Department of Operations, Force Headquarters Abuja,’‘ the statement added.

The statement, however, stressed that the SARS had played a key role in fighting crime in Africa’s most populous nation.

“Undoubtedly, the SARS have been doing very well in fighting violent crimes such as Armed Robbery, Kidnappings and Cattle Rustling in the country in the recent time and this has resulted in drastic reduction of incidents of the mentioned violent crimes nationwide.”

Whiles ordering that the new directives take immediate effect nationwide, the force also announced complaint avenues for persons who feel their rights have been violated by members of SARS at any point.

Aggrieved members of the public who have any complaint in the past or present of violation of their rights by any SARS personnel anywhere in the country are to report through any of the following channels for investigation and further actions. #ReformSARS pic.twitter.com/R3uTinEDYb