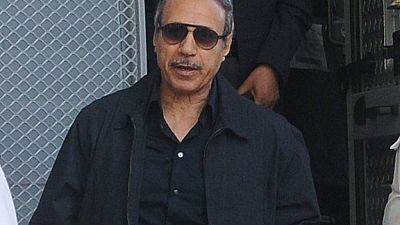 Former Egyptian Interior Minister Habib al-Adly has been arrested after failing to hand himself in to authorities after being sentenced to seven years in prison on corruption charges.

Adly, a former minister under Hosni Mubarak who was ousted in 2011, was due to hand himself after the case in April but had not been seen in recent months.

Adly is expected to attend a session before the Court of Cassation, the highest court in Egypt, on January 11 to appeal the sentence.

Adly must show up at court so his appeal can be considered.

In 2014, he was acquitted, along with six of his aides, on charges of complicity in the killing of protesters during the January 25 Revolution of 2011.

Egypt’s state news agency MENA earlier reported that Adly had been located, but did not disclose his location or whether he had been arrested.