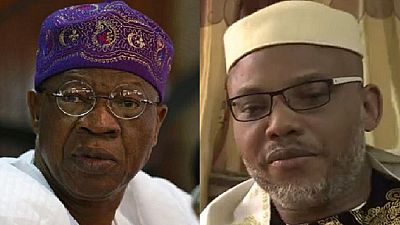 Nigeria’s minister of information and culture, Alhaji Lai Mohammed, has taken a swipe at Biafra separatists in the country’s southeast.

According to him, the Indigenous People of Biafra (IPOB) did not have any concrete backing in the southeast adding that they were ‘dead and gone.’

The minister was speaking to reporters in the capital Abuja whiles addressing a range of issues in Africa’s most populous nation. He linked IPOB’s death to a defiance of their boycott call by people in Anambra state during the November 18 governorship elections.

I think the Anambra election has sounded the death knell on IPOB because they said election will never hold. The election has come and gone, the turnout was quite reasonable.

“I think what that proved really is that IPOB does not represent the good people of Anambra or any state in the South East.

“The people of Anambra have shown that there is no alternative to democracy and that they believe in one Nigeria and federal system of government. If there are issues to be resolved, let us resolve it. But terrorism and separatism is not the answer.

IPOB had launched a sit-at-home campaign on the day of the polls going as far as threatening people who participated with death. With days to the election, President Buhari visited Anambra and Ebonyi states at a time the group had threatened to disrupt his visit.

“I think the Anambra election has sounded the death knell on IPOB because they said election will never hold. The election has come and gone, the turnout was quite reasonable,” the minister added.

Buhari recently described the secessionist movement led by the now missing Nnamdi Kanu as senseless propaganda stressing that the people of Igbo were Nigerians and will forever be part of one and unified Nigeria.

The incumbent governor Willie Obiano beat other contenders to secure another term in office. The ruling All Progressives Congress (APC) candidate and others have all congratulated the winner. The elections body, INEC, also described the exercise as a success. 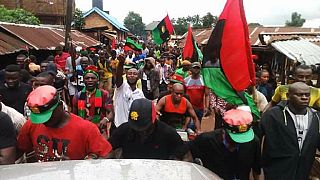 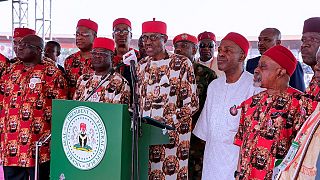 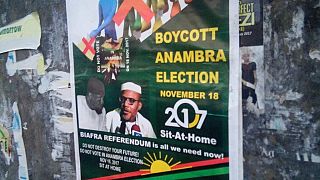