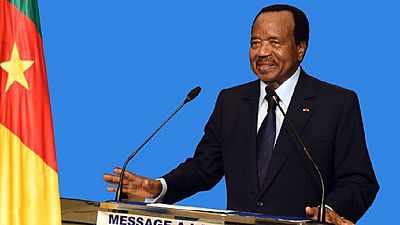 Cameroon president, Paul Biya, has underscored the importance of the youth of his country, describing them as a ‘major asset’ for the future.

A message posted on his social media handles – Facebook and Twitter – on Friday read as follows: ‘Our youths constitute a major asset for the nation’s future. They are numerous and full of potential, dynamic and ambitious, conquering and creative.’

The 84-year-old who is currently on vacation since September after participating in the 72nd United Nations General Assembly in New York has been sharing messages with the nation.

His message which preceded the latest one bordered on patriotism: “Patriotism is a virtue that some people might wrongly consider outdated. Even today, it remains a mark of responsible and nobly asserted citizenship for the nation.”

A section of the Central African country is in a state of political crisis arising from protests in the English speaking regions of South West and North West. People in the regions are pushing for independence from Cameroon citing marginalization over the years.

Yaounde has depoloyed security personnel to quell any such intents. The clashes of October 1 – when a symbolic independence was slated to be declared led to deaths, injuries and mass arrests. International bodies including the A.U., U.N., and E.U. have called for dialogue.

The president who insists the unity of Cameroon was non-negotiable has also backed talks. The government, however, says security personnel had excercised professionalism in dealing with the protests rubbishing reports by rights group that they were unnecessarily highhanded. 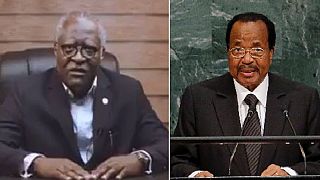 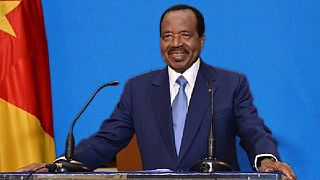 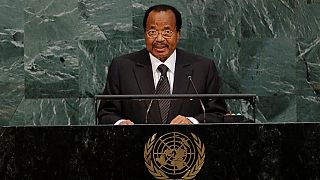