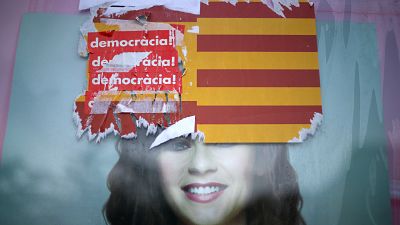 The Spanish government will announce special measures on Saturday to impose direct rule on the wealthy region of Catalonia over its bid to breakaway.

Prime Minister Mariano Rajoy’s move will reassure King Felipe VI who used a prize-giving ceremony in the northwestern region of Asturias on Friday to indicate support for the government and affirm the unity of Spain.

“Spain needs to face up to an unacceptable secession attempt on its national territory, which it will resolve using legitimate democratic institutions, respecting our constitution, adhering to the values and principles of the parliamentary democracy in which we have lived for 39 years,” Felipe said.

King Felipe: Catalonia 'is and will be' part of Spain https://t.co/EbDQPCSZOz pic.twitter.com/tYoyeX7qKQ

In a show of unity, the main opposition Socialists also back the constitution being invoked in this way for the first time in Spain’s four decades of democracy.

Rajoy has called an emergency cabinet meeting on Saturday to pave the way for the unprecedented intervention.

“The main goal of these measures is a return to legality because there cannot be a part of a country where law is not applied, where law doesn’t exist,” he said on Friday in Brussels at the end of an EU summit in which European leaders including Germany’s Angela Merkel and France’s Emmanuel Macron had offered him their support.

“And at the same time we need to return to institutional normality.”

Rajoy didn’t confirm reports that the Spanish government would replace Catalan separatist leader Carles Puigdemont and his whole cabinet or that snap elections in Catalonia in January form a part of the package.