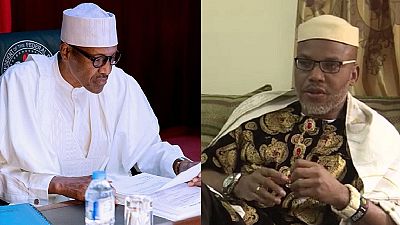 The Nigerian government on Wednesday confirmed that it had written to foreign embassies requesting cooperation on the proscription of pro-Biafra group, the Indigenous People of Biafra (IPOB).

Among others, the foreign ministry said it had formally notified the United States, United Kingdom, France, Canada and other embassies of a court decision proscribing IPOB and declaring it a terrorist organization.

According to Attorney General of the Federation, Abubakar Malami, Nigeria wanted the foreign governments to help deal with plugging IPOB’s sources of funding in a “Mutual Legal Assistance” request.

“They (the foreign countries) have been communicated formally and a mutual assistance request has been generated requesting them to deal with them (IPOB) as terrorist, block their accounts and sources of funding, among others,” Malami said.

Members of the pro-Biafra group clashed with the Army last month following which their leader, Nnamdi Kanu, was declared missing. The Army has stated that he is not in their custody as IPOB had previously alleged.

On the issue of labeling IPOB a terrorist organization, the United States were the first to decline despite an Abuja Court order of August 20. The U.K. also said the group was not proscribed under their laws and sought the whereabout of Kanu from the Nigerian government.

The 50-year-old IPOB leader holds British and Nigerian nationality. He has been missing since mid-September when soldiers clashed with members of his group at his family home in the Nigerian city of Umuahia in Abia State.

The earlier push for a separate republic of Biafra was championed by Chief Ojukwu nearly 50 years ago. The declaration of independence sparked a civil war which left more than a million people dead. President Buhari has previously said the unity of Nigeria was non-negotiable.