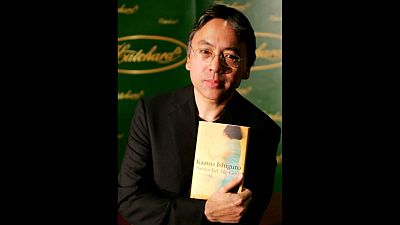 English author Kazuo Ishiguro today won the 2017 Nobel prize in literature. Here’s all you need to know about the British novelist.

Ishiguro was born in Japan and moved to the UK with his family when he was five, where he was raised.

The budding novelist studied creative writing at the University of East Anglia, becoming a full-time writer after publishing his first novel A Pale View of the Hills in 1982.

The Remains of the Day, which was turned into a film with Emma Thompson and Anthony Hopkins, won Ishiguro the Booker prize in 1989.

He wrote the novel in four weeks by doing what he called a “crush” where he did nothing but write from 9 am to 10.30 pm, Monday through Saturday and did not go near his phone.

Never Let Me Go, written in 2005, is another of Ishiguro’s bestsellers that was turned into a film starring Carey Mulligan and Andrew Garfield.

The Buried Giant is the novelist’s most recent work and was published in March 2015.

Permanent secretary of the academy Sara Danius described the novelist’s work as a mix of “Jane Austen and Franz Kafka”.

The prize committee, based in Sweden, said Ishiguro was an “exquisite novelist” whose writing “uncovered the abyss beneath our illusory sense of connection with the world”.

Danius said Ishiguro was a “writer of great integrity”.

Salman Rushdie, also seen as a contender for the prize “congratulated Ishiguro” saying: “Many congratulations to my old friend Ish, whose work I’ve loved and admired ever since I first read A Pale View of Hills.”

Former poet laureate Andrew Motion said of Ishiguro: “Among other means, by resting his stories on founding principles which combine a very fastidious kind of reserve with equally vivid indications of emotional intensity. It’s a remarkable and fascinating combination, and wonderful to see it recognised by the Nobel prize-givers.”

Many of Ishiguro’s fans also took to Twitter to offer their congratulations.

Nothing better approximates dreaming than reading an Ishiguro book. Congratulations you genius dreamer.

Congratulations to Kazuo #Ishiguro for the Nobel in Literature. The Remains of the Day will always be one of my favourite reads of all time.

Some also took “shelfies” showing off their collections of the author’s work.

What does Ishiguro win?

As well as the notoriety surrounding the Nobel prize, Ishiguro will receive 9m Swedish krona (€932,173).

The prize is awarded to an author who, in the words of Alfred Nobel: “Shall have produced in the field of literature the most outstanding work in an ideal direction”.