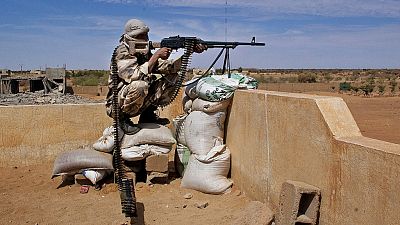 Military operations were underway on Thursday near Niger’s border with Mali the day after an attack by unidentified assailants which killed three members of the U.S. Army Special Forces and five Nigerien soldiers, security sources said.

The attack, which also wounded two U.S. soldiers, took place during a routine patrol in a part of southwestern Niger where there are known to be insurgents, including from al Qaeda in Islamic (AQIM), a U.S. official told Reuters.

Nigerien, U.S. and French troops were conducting military operations in the zone on Thursday, a Nigerien security source said without providing additional details.

An official at Mali’s defence ministry said military operations were taking place within Niger and that Malian forces had reinforced their checkpoints along the border.

According to a Nigerien diplomatic source, those who carried out Wednesday’s attack came from Mali.

Jihadist groups form part of a growing regional insurgency in the poor, sparsely populated deserts of West Africa’s Sahel. They have stepped up attacks on U.N. peacekeepers, Malian soldiers and civilian targets after being driven back in northern Mali by a French-led military intervention in 2013.

Malian militant groups have expanded their reach into neighbouring countries, including Niger, where a series of attacks by armed groups led the government in March to declare a state of emergency in the southwest.