Nigeria independence: Buhari calls on Nigerians to be committed in fighting corruption 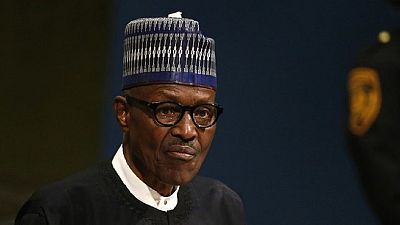 Nigeria’s president, Muhammadu Buhari has restated the commitment for his administration to fight corruption which he termed as the country’s Number one Enemy.

In his Independence broadcast to the nation on Sunday October 1st, Buhari said the day remains a special date for all Nigerians as it marks the day when the Country attained one of the most precious of all human desire, freedom.

He noted that over the years, the country has gone through trials and tribulations, adding that October 1st is always a day for celebrations.

We should remind ourselves of the recent journey from 1999 – 2015, when our country happily returned to democratic rule.

“It is also a day for remembrance. We should remind ourselves of the recent journey from 1999 – 2015, when our country happily returned to democratic rule.“http://www.thenewsroom.ng/article.php?id=1447”

“However, in spite of oil prices being an average of $100 per barrel and about 2.1m barrels a day, that great piece of luck was squandered and the country’s social and physical infrastructure neglected,” he said.

The president reiterated that in the past two years, Nigeria has recorded gains in political freedom.

“A political Party at the Centre losing elections of State Governor, National Assembly seat and even State Assemblies to the opposition parties is new to Nigeria. Added to these are complete freedom to associate, to hold and disseminate opinions. Such developments clearly attest to the country’s growing political development. But like all freedoms, this is open to abuse,” Buhari added.

On security Buhari said Nigerians must be grateful to the gallant Armed forces for rolling back the frontiers of Boko Haram’s terrorism, defeating them and reducing them to cowardly attacks on soft and vulnerable targets.

“Nigeria is grateful to its neighbours and the international community for the collective efforts to defeat this world-wide menace of terrorism.

Not even the most organized and most equipped police and security forces in the world can escape the menace of modern-day terrorism, as we have seen in recent years in Europe and other parts of the world,”

The president in his speech also assured Nigerians of Key priorities to include better energy mix through solar and Hydro technologies.” I am glad to say that after many years of limbo, Mambilla Power Project has taken off,”

Other world leaders including the United State Government has congratulated Nigeria on the commemoration of the country’s independence anniversary.

The US Secretary of State Rex Tillerson in a statement issued on the occasion of the Nigeria National Day, said that the U.S. has an enduring and mutual partnership with Nigeria.

Tillerson said: “On behalf of the American people, I congratulate the Government of Nigeria and the Nigerian people as you celebrate your national independence on October 1.

Exactly 57 years ago, Nigeria was on a festive and historic mood, It was on the eve of October 1, 1960, the day the United Kingdom granted the most populous African nation independence as a sovereign state.