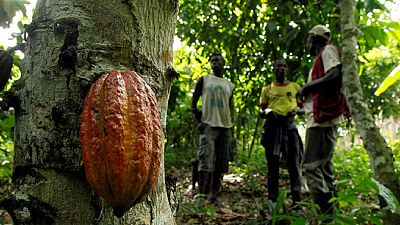 Ghana’s industry regulator Cocobod plans to open the 2017/18 cocoa seasons on October 13, later than usual, after receiving part of a syndicated loan it signed this month to cover its purchasing needs, two company officials said on Saturday.

The world’s second-largest cocoa producer does not plan to lower the producer price at which it buys beans from farmers, however, despite calls from top grower Ivory Coast for it to do so, the officials told Reuters.

In recent years Cocobod has opened its crop year in the first week of October.

The PPRC (producer price review committee) will meet soon, and it’s very obvious there will be no price cut.

Ghana has maintained its price at $1,914 per tonne since a year ago, creating a price gap of more than $700 per tonne that exporters said has fuelled a wave of cross-border smuggling.

“The PPRC (producer price review committee) will meet soon, and it’s very obvious there will be no price cut,” one official said.

Head of the cocoa industry regulator said Ghana delayed the start of the new cocoa season as the country waits for the proceeds of a $1.3 billion syndicate loan to pay farmers.

The country’s Cocoa Board Chief Executive Officer Joseph Boahen Aidoo on Friday said the purchase of the bigger two annual harvest will commence in the middle of october.

According to him, the regulator’s producer price review committee, which sets the minimum pay for growers, will be meeting next week.

“We are waiting for the first tranche of the $1.3 billion syndicated loan to hit cocoa board’s accounts before we open the season,” he added.

The regulator signed a $1.3 billion loan with international lenders this month for the new season’s purchases, estimated at around 850,000 tonnes. The first tranche of the money is expected to arrive in the regulator’s account next week, one official said.