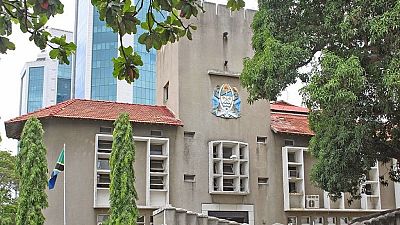 Tanzania’s Attorney General George Masaju has appealed against a July 2016 ruling by the High Court raising the marriage age for girls from 15 to 18.

The court struck out the Sections 13 and 17 of the Law of Marriage Act that allowed girls to marry at the age of 14 and 15, and then 18 years for boys after it was petitioned by girls’ rights advocate Rebeca Gyumi.

The appeal filed at the Court of Appeal this month was spotted by non-governmental organisation Girls Not Brides, committed to ending child marriage.

They expressed disappointment at the decision to appeal against the ruling which is expected to reduce the high rate at which girls are married before the age of 18 in the country.

Disappointed to hear that Tanzania’s Attorney General is appealing decision to increase age of marriage to 18 https://t.co/kTDHkm9ZbW pic.twitter.com/eNDeyFs8UP

The appeal contains arguments that suggest the High Court erred in its judgement including the equaling of the marriage age of both boys and girls, and declaring the 1971 Law of Marriages Act as irrelevant in this era.

It is also appealing against the ruling that customary and Islamic laws do not apply in matters of marriage stated in the law.

Until the hearing by the Court of Appeal, the July 8, 2016 ruling has allowed both boys and girls to enjoy their teenage years and perpetrators jailed to end child marriage in the country where 37% of girls are married before the age of 18.

African countries account for 15 of the 20 countries with the highest rates of child marriage globally and the region has the world’s highest prevalence of adolescent pregnancies, according to reports.

In all, 40 percent of girls marry before age 18 in Africa and they have more children on average than those who delay marriage.

This year, Malawi joined the likes of Gambia and Tanzania to ban child marriage after it raised the legal marriage age to 18.

Perpetrators of child marriages in Malawi commit an offense punishable by five years imprisonment and a fine of about $143.