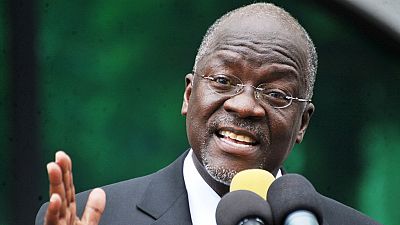 Tanzania has taken online media control up a notch with the introduction of a bill that contains strict regulations for online content producers including social media users and bloggers.

The Electronic and Postal Communications (Online Content) Regulations 2017 recently passed by parliament will be enforced by the Tanzania Communications Regulatory Authority (TCRA) after approval by the information minister.

The bill recommends a fine of 5 million Tanzanian Shillings ($2,300), a minimum of 12 months in jail or both for those found guilty of violating the regulations.

According to the regulations, social media users and online content producers will be held liable for materials deemed “indecent, obscene, hate speech, extreme violence or material that will offend or incite others, cause annoyance, threaten harm or evil, encourage or incite crime, or lead to public disorder.”

Online service providers "will be required to install user manuals and record proceedings of their business around the clock by installing CCTV cameras in and out of the premises.

Individual social media users will also be held solely responsible for the content they share while online service providers “will be required to install user manuals and record proceedings of their business around the clock by installing CCTV cameras in and out of the premises”.

For online radio, TV and other digital platforms including bloggers and website managers, “they will need to apply for registration from TCRA once the regulations officially come into force.”

They are also required to ban anonymous users from their platforms and “fully cooperate with law enforcement agencies as required,” the regulations say.

TCRA director general James Kilaba said the regulations will check immoral use of online and social media content as well as content that can endanger national security, he told local media portal The Citizen.

He said the authority will organise stakeholder meetings and forums on the bill in the coming weeks before it is approved by the minister.

Civil society organisations and online activists have condemned the regulations including the Media Services Act of 2016 gives officials powers to shut down media organisations that violate their licenses.

The government is accused of increasingly undermining democracy by curbing dissent and stifling free speech.

A number of people have been arraigned in court for incitement through online and social media posts.