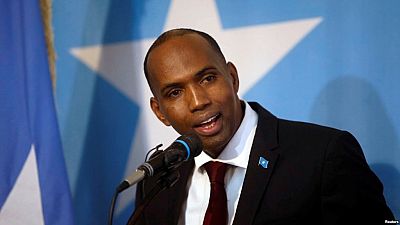 The Somali government has called three of its states to order for cutting ties with Qatar in support of Saudi Arabia and the United Arab Emirates (UAE) in the Gulf crisis.

The autonomous states of Puntland, Hirshabelle and recently Galmudug have released statements of support for the UAE-Saudi Arabia faction and called on the federal government to change its neutral position due to its good relations with the two Gulf states.

In a response on Thursday, the government said it is the only body that can issue a position on the matter and it will remain neutral in the conflict.

“The cabinet reaffirms the federal government’s decision in June that the conflict be solved brotherly, peacefully and diplomatically. And Somalia is neutral about the conflict of the Gulf countries,” a statement from the office of the Prime Minister Hassan Ali Khaire stated.

On Tuesday, the Galmudug state said the federal government’s decision was not made in consultation with the federal states and “it will affect all Somalis everywhere”.

Galmudug statement argues the federal govt failed to consult with regions when it announced neutral stance towards Gulf crisis in June. pic.twitter.com/pPOqqKXwyh

This view was shared by the Puntland and Hirshabelle states in August.

“We urge the Federal Government of Somalia to reconsider its position regarding the impending crisis which, if not addressed properly, will have lasting and negative consequences for the people of Somalia,” Puntland said in a statement.

“We believe our position is to clearly stand with our partners, namely Saudi Arabia and the UAE,” it added while calling for an end to the crisis.

Hirshabelle State of #Somalia region cuts ties with Qatar a day after another state #Puntland announced the same. pic.twitter.com/1LqqgqDXQF

Somalia also expressed concern and advised that it should be settled with dialogue after it expressed neutrality. This resulted in a recall of the United Arab Emirates ambassador in the capital Mogadishu.

The government of Seychelles also called on all the parties involved to engage in meaningful dialogue in order to resolve and deescalate the current situation.

Turkey and Iran have backed Qatar by providing support after a subsequent blockade by Saudi Arabia and UAE.