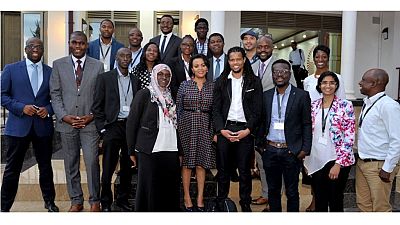 The Next Einstein Forum (NEF) has announced its second batch of fellows recognised as 2017 best young scientists and technologists from Africa.

The African Institute for Mathematical Sciences (AIMS)‘s initiative in partnership with Robert Bosch Stiftung selected the 2017-2019 Fellows Class made up of 16 scientists including six women.

The fellows are innovators and emerging leaders engaged in research and technological development.

They were selected by a Scientific Programme Committee using a rigorous process that looks at academic and scientific qualifications as well as impact of their research to society, the NEF said.

They include: Vinet Coetzee from South Africa, Abdigani Diriye from Somalia, Kevin Dzobo from Zimbabwe, Jonathan Esole from the Democratic Republic of Congo, Yabebal Fantaye from Ethiopia, Aminata Garba from Niger, Mamadou Kaba from Guinea, Rym Kefi from Tunisia.

“We strongly believe their discoveries and initiatives, current and future, will solve global challenges in health, energy, climate change, education, agriculture to name a few,” he added.

The fellows will be given the opportunity to advance their scientific career and inspire the next generation of African innovators in the two-year fellowship through campaigns and events.

They will present their groundbreaking research at the second NEF Global Gathering of leading scientists, journalists, industries and business people from around the world in Rwanda’s capital Kigali in March 2018, which they will help craft.

The maiden 2015-2017 Fellows Class of 15 young scientists have joined the newly launched NEF Community of Scientists designed to participate in national and continental policy formulation, cross-cutting research and innovation activities, lead public engagement around science and technology in Africa, and provide mentorship to early-career scientists and students, Thierry Zomahoun added.

Below are the 16 best young scientists and technologists from Africa 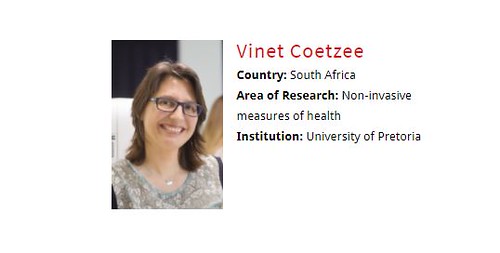 Her research focuses on developing fast, affordable and non-invasive methods to screen children for nutrient deficiencies and inborn conditions, by training computer models to recognise the links between physical features and these conditions. 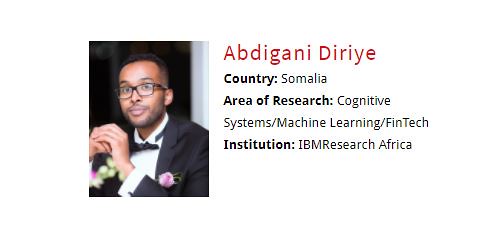 Abdigani and his team are developing new approaches to securely mine, model and score individuals who are applying for a loan and to identify the right amount of credit and appropriate products. 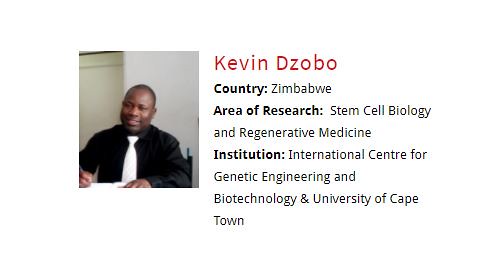 He is leading an inter-university collaboration between ICGEB/University of Cape and the University of Pretoria on developing a ‘stem cell-ECM’ bandage or patch which when fully developed can be used on injured tissue. 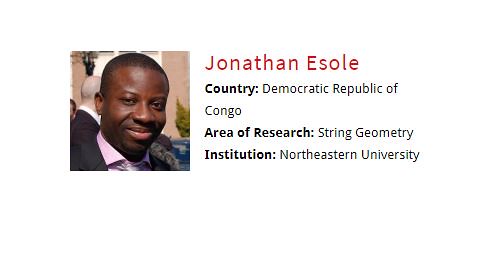 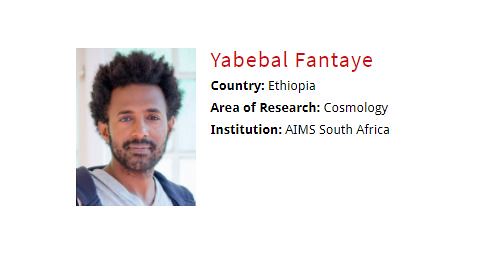 He investigates the statistical properties of the Universe using the Cosmic Microwave Background (CMB) data from the Planck satellite. His second research focuses on developing machine learning and other advanced statistical methods for harnessing the African GIS and social Big Data for extracting actionable insights to help Africa meet the UN Sustainable Development Goals. 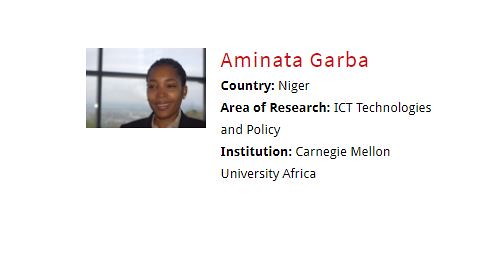 She is interested in finding key policies, technologies and applications relevant to the development of ICT, particularly in rural and underserved areas. She is also interested in methods that allow increasing the data rate of communication systems by shaping and reducing the interference. 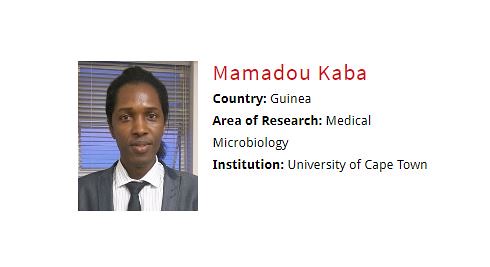 He is currently conducting a prospective longitudinal study on how the composition of the respiratory tract and gastrointestinal microbial communities (microbiota) influences the development of respiratory diseases in African children. 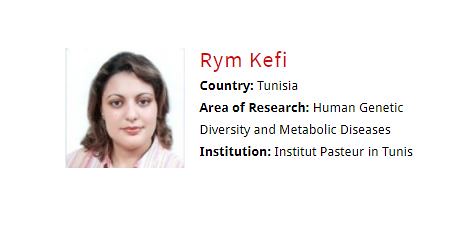 She is mainly involved in research on human genetic disorders, genetic diversity in North Africa and the impact of consanguinity on health. She is also reinforcing the research on ancient DNA and providing genetic profiling for paternity tests and human forensic identification. 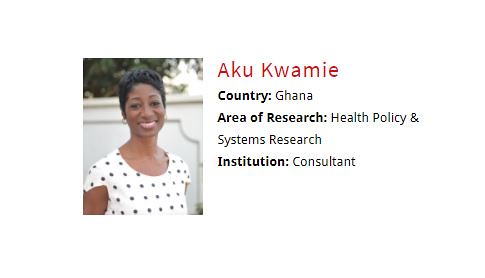 Her current research is in the area of health systems governance, looking at how and where within health systems decisions get made. She is interested in issues of management and leadership, accountability and organizational innovation, and in particular applying complexity theory to these issues. 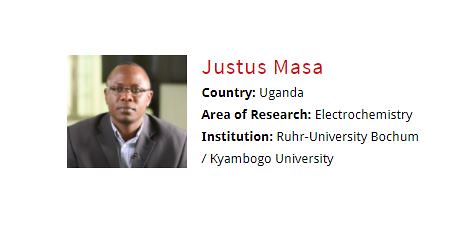 His research aims to use electrochemistry to create green and sustainable energy systems for both portable and grid-scale energy conversion and storage, particularly, the reversible interconversion of water into hydrogen and oxygen in a solar powered water electrolyzer, and the recombination of hydrogen and oxygen to water in a fuel cell thereby harnessing the energy of the reaction.

Her research is dedicated to plant defense in the forest species, with an emphasis on Eucalyptus. She is focusing on mechanisms that can confer broad-spectrum, long lasting resistance by dissecting gene families and responses to pests and pathogens. She has adopted genome editing technology (CRISPR) to develop plants with desired traits. 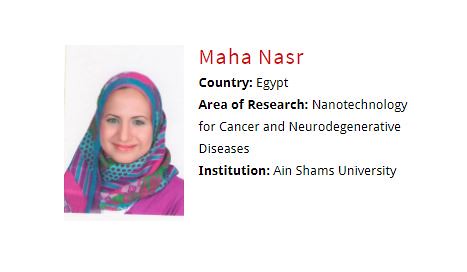 She focuses on advanced technologies such as nanotechnology based drug carriers and composite delivery systems. She is currently investigating the possibility of creation of novel carriers for treatment of diseases, mainly cancer and Alzheimer’s. 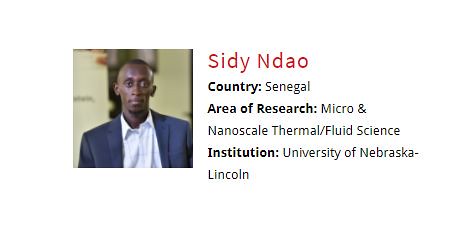 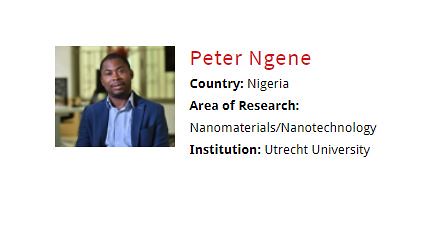 He is developing novel materials that will enable energy to be stored efficiently via hydrogen or ammonia, materials for next generation rechargeable batteries for long driving range electric vehicles, heat storage and catalysts for energy conversion processes.

His research aims at improving the understanding of the architecture and composition of the solid Earth interior – in particular, the structure of continents and the cause of the transition from stable to weak behavior in the rocks that make up the outer exterior of our planet, which is what allows plate tectonics to operate. 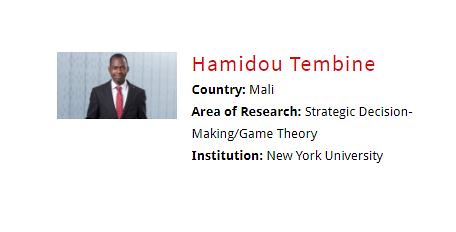 His research investigates game theory and aims to contribute significantly to existing knowledge on the interactive decision-making problems with incomplete information, and in the presence of self-regarding, other-regarding, altruistic, spiteful, risk-sensitive, and irrational agents.