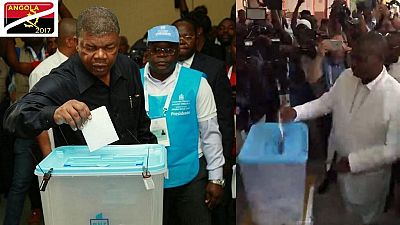 Three out of the five Angolan opposition parties that contested in the August 23 elections have filed formal appeals at the Constitutional Court demanding the annulment of the results that secured massive victory for the ruling MPLA party.

The three parties, including the National Union for the Total Independence of Angola (UNITA), the FNLA and the PRS, filed their petitions on Friday alleging widespread irregularities, AFP reports.

“In 15 provinces (out of 18), the electoral law was violated and we demand the invalidation of the results published by the National Electoral Commission (CNE) in order to re-establish the truth,” Unita’s campaign director, Ruben Sikato, told reporters.

The electoral commission announced the final results on Wednesday with the ruling MPLA winning the polls by 61.07 percent of the votes and a parliamentary majority with 150 out of the 220 seats.

In 15 provinces (out of 18), the electoral law was violated and we demand the invalidation of the results published by the National Electoral Commission (CNE) in order to re-establish the truth.

All the grieving parties filed their appeals within the stipulated 72 hours deadline after the announcement of final results on Wednesday.

The CASA-CE coalition is expected to file an appeal on Saturday against the result, AFP cites officials of the party as saying.

The APN party founded barely 18 months to the polls conceded defeat and congratulated the president-elect Joao Lourenco on Thursday. Flagbearer Quintino Moreira said the results “demonstrate the will of the people”.

The Constitutional Court is supposed to rule on the appeals in 72 hours after filing. Per the constitution, the winner of the polls must be sworn-in on September 25 as the President of Angola.