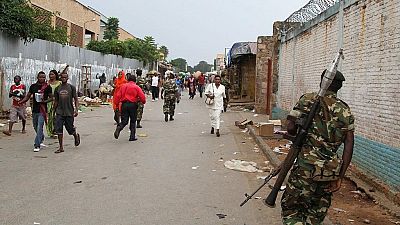 Burundian officials at the highest level should be held accountable for crimes against humanity, and a list of suspects has been drawn up, a U.N. Commission of Inquiry said on Monday.

The commission said there were reasonable grounds to believe that crimes against humanity had been committed since April 2015, when President Pierre Nkurunziza said he would seek a new term in office, triggering a descent into chaos and violence.

“The Commission has reasonable grounds to believe that the above-mentioned crimes against humanity are attributable primarily to State officials at the highest level and to senior officers and members of the National Intelligence Service, the police, the army and the Imbonerakure,” the report said.

The Imbonerakure, the youth league of the ruling party, received instructions to commit human rights violations from Nkurunziza’s office, it said.

The report of the year-long inquiry, created by the U.N. Human Rights Council in September 2016, was based on more than 500 interviews with victims, witnesses and other sources. Burundi’s government refused all dialogue and cooperation.

The principal perpetrators of human rights violations were the defence and security forces, while the National Intelligence Service had carried out extrajudicial executions, arbitrary arrests and detentions, enforced disappearances, acts of torture and cruel, inhuman or degrading treatment and sexual violence.

“The National Intelligence Service reports directly to the President of the Republic and its operations are managed by a senior administrative officer,” the report said.

The commission said ethnic insults had been targeted at Tutsis but that it was “not in a position to establish the existence of a political will to destroy that ethnic group ‘in whole or in part’, as required by the definition of genocide”.

The ruling party’s rhetoric had helped to create a dangerous climate of hate and terrorised the population, and could rekindle ethnic tensions, but did not constitute a direct incitement to commit genocide, the report said.

“The use of terms such as ‘cockroaches’ or ‘bugs’ is disturbing, particularly as they were used in the past to refer to Tutsis, especially in Rwanda,” it said.

Burundi is under the jurisdiction of the International Criminal Court, although it is withdrawing, and the commission called on the ICC to initiate an investigation as soon as possible.