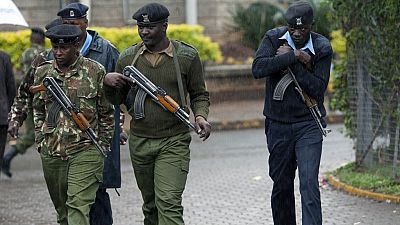 Ten police officers have been quarantined in a hospital in Nairobi Kenya after showing cholera symptoms.

The officer were part of a team hat had been camping at a local university ready for any action upon the Supreme court ruling.

A police officer confirmed that the victims started complaining about stomach problems and diarrhea.

Nairobi County health executive Bernard Muia said the officers had been quarantined at the hospital as further tests are run on them.

“We don’t know where they got their food but further tests and investigations are being conducted to contain any spread,” he said. He added the situation was under control.

Several cases of cholera have been reported in recent month. The recent case involved a famous hotel leading to hospitalization of various government official who were in attendance.

Nairobi county officials had banned open food kiosks within town and further demanded all the eatery to be authorised before operating.

Lack of proper sanitation and poor drainage have been blamed for cholera outbreak in the East African nation.