Boko Haram's use of child bombings up four-fold from last year: UNICEF 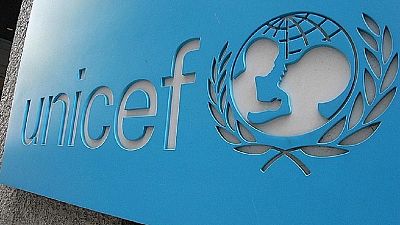 Boko Haram militants in northeast Nigeria have sent out four times as many child suicide bombers this year as they used in all of 2016, the United Nations Children’s Fund said on Tuesday.

Eighty-three children had been used as bombers since Jan. 1, 2017, UNICEF said. Of those, 55 were girls, mostly under 15 years old and 27 were boys. One was a baby strapped to a girl. Nineteen children were used last year, UNICEF said.

The Boko Haram insurgency, now in its eighth year, has claimed over 20,000 lives and forced more than two million people to flee their homes over eight years.

There were two girls taught by Boko Haram to be suicide bombers ... The girls confirmed that they were taught that their life was not worth living, that if they die detonating the bomb and killing a lot of people, then their lives will be profitable.

The frequency of suicide bomb attacks in northeastern Nigeria has increased in the past few weeks, killing at least 170 people since June 1, according to a Reuters tally.

UNICEF, in a statement released on Tuesday, said it was “extremely concerned about an appalling increase in the cruel and calculated use of children, especially girls, as ‘human bombs’ in northeast Nigeria. The use of children in this way is an atrocity”.

Boko Haram is trying to create an Islamic state in the Lake Chad region, which spans parts of Nigeria, Niger, Cameroon and Chad. It gained notoriety by abducting more than 200 girls from the northeast Nigerian town of Chibok in April 2014. Aid groups say it has kidnapped thousands more adults and children.

Children who escape are often held by authorities or ostracised by their communities and families. Nigerian aid worker Rebecca Dali, who runs an agency that offers counselling for those who were abducted, said children as young as four were among the 209 escapees her organisation had helped since 2015.

“They (former abductees) are highly traumatised,” Dali told Reuters on Monday at the United Nations in Geneva, where she received an award from the Sergio Vieira de Mello Foundation for her humanitarian work.

Her team, which includes former police officers, identified some returnees as having been trained as suicide bombers.

“There were two girls taught by Boko Haram to be suicide bombers … The girls confirmed that they were taught that their life was not worth living, that if they die detonating the bomb and killing a lot of people, then their lives will be profitable,” Dali said.

Some 450,000 children are also at risk of life-threatening malnutrition in 2017 by the end of the year in northeast Nigeria, UNICEF said.

Nigerian President Muhammadu Buhari said on Monday the country would “reinforce and reinvigorate” its fight against the group following the latest wave of attacks.

Analysts say the Boko Haram faction led by Abubakar Shekau may have been paid ransom by the government to gain the release of 82 of the Chibok girls in May, which then was used to buy weapons and recruit fighters. The government did not disclose details of the negotiations.