Angola opposition party to publish own count of election results 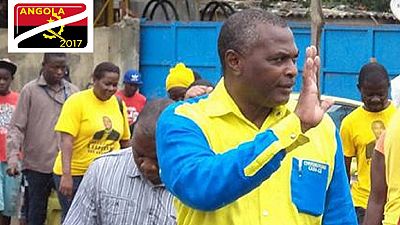 An Angolan opposition party, CASA-CE, said on Monday it will use a computer program to minimize the chances of ballot-rigging in next Wednesday’s election.

The country’s main two opposition parties, National Union for the Total Independence of Angola (UNITA) and Broad Convergence for the Salvation of Angola – Electoral Coalition (CASA-CE), have complained of irregularities in the electoral process.

The People’s Movement for the Liberation of Angola (MPLA), which has ruled Angola since independence from Portugal in 1975, is expected to win this week’s election.

Our system will not just allow us to verify the process, but Angolans and the world can verify what is happening here.

CASA-CE’s program, presented to media in Luanda on Monday, will calculate results based on data from delegates at polling stations.

This will enable them to pick up potential discrepancies, such as between votes cast and numbers of registered voters at polling stations, its supporters say.

CASA-CE said it will have members at each polling station to observe voting and will be able to release its results through social media as they become available – meaning it might publish results ahead of the official announcement.

A spokesperson for the National Electoral Commission (CNE), which has promised the vote will be fair, had no immediate comment to make.

“Our system will not just allow us to verify the process, but Angolans and the world can verify what is happening here,” said Leonel Gomes, secretary general of the CASA-CE.

It remains unclear whether the electoral commission will release results to party delegates at polling stations or process them regionally.

With Angola in the midst of an economic crisis caused by a fall in oil prices, opposition parties sense a political opportunity.

The CASA-CE, founded just months before the previous election in 2012, believes it can build on the 6 percent it secured then, drawing support from younger voters disenfranchised by Angola’s main parties which fought on opposite sides in the 27-year civil war.

“We were not aggressors in the civil war … The youth which suffered a lot, especially the older ones, with the problems of the war, look for a modern political force,” said Andre Mendes de Carvalho, CASA-CE’s candidate for vice-president.

The CASA-CE has promised to fight corruption, improve literacy through better education and reform healthcare.