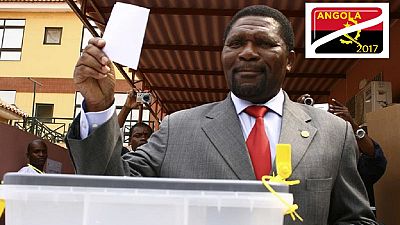 UNITA’s position was echoed by leader of its parliamentary bloc, Adalberto da Costa Junior. According to him, the CNE which was dominated by the ruling MPLA was deliberately flouting basic rules ahead of the August 23 polls.

“Angolans do not trust the integrity and functional independence of the CNE due to the conduct of the majority of its members, as it’s dominated by the MPLA,” he is quoted to have said.

Angolans do not trust the integrity and functional independence of the CNE due to the conduct of the majority of its members, as it's dominated by the MPLA.

According to him, 10 out of the 17 commissioners were loyalists of the ruling party and they headed all key committees of the body.

Commenting on the electoral registration and plans for the presidential vote, Adalberto da Costa called for the CNE to come clean on technologies to be used in the polls.

He added that UNITA wanted the relevant state agencies to audit the programs and databases to be used. The oil-producer will elect a new leader to replace long serving Jose Eduardo dos Santos.

UNITA led by Isaias Samakuva will be facing five other parties in the vote. Campaigning started on July 23 and is expected to end two clear days to the day of polls. The ruling MPLA’s Joao Lourenco, a minister, chosen to replace dos Santos is the favourite to win.