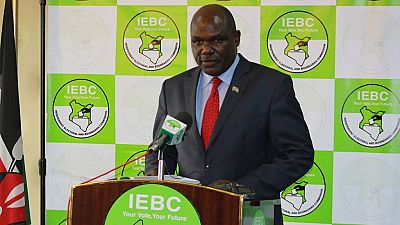 Kenya’s electoral commission has confirmed that an attempt was made at hacking the electronic transmission system but was unsuccessful.

Head of the IEBC, Wafula Chebukati said on Thursday during the daily briefing that “hacking was attempted but was unsuccessful”.

This follows an earlier statement on Wednesday that rejected opposition claims of the hack insisting that the there was no breach “at any point before, during and after voting”.

The electoral commissioner said the results will be declared by noon on Friday if all the forms 34Bs are received and validated with the electronic results transmitted to the commission.

Hacking was attempted but was unsuccessful.

This is in line with the earlier pronouncement that no results will be declared until all the validation is done with the figures collated from the polling stations and signed by returning officers.

The 34C forms contain results transmitted to the electoral commission.

The IEBC also announced that results from 1,032 polling stations are yet to be received and if all the validation is done, the winner of the election will be announced.

Chebukati warned candidates against making speeches that can incite their supporters.

At least three people died during protests in Kisumu and Mathare after opposition candidate Raila Odinga announced that the provisional results were fictitious because the electronic system was hacked into.