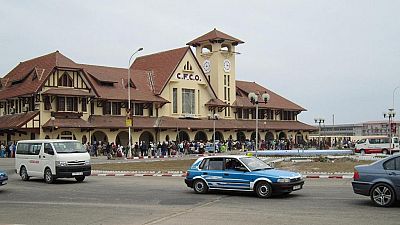 Congo Republic’s debt is higher than was reported during an IMF mission in March to discuss a possible programme, as Congo authorities did not fully disclose their debt situation until June, a fund spokesman said on Friday.

“Congo had not completed a full disclosure of its debt situation at the time of the March 2017 mission to discuss a possible program supported by the IMF,” the spokesman said.

“The debt of the Republic of Congo is indeed higher than reported in our press release at the end of the March 2017.”

Congo is currently in a dispute with rating agencies over what they say is a default on the latest coupon payment of its $363 million Eurobond. Congo denies it is in default.

The IMF spokesman gave no further details on the amount of debt or to where it was owed but said the fund encouraged Congo “to undertake all the necessary measures to put Congo’s debt on a sustainable path.”

Fitch downgraded Congo’s senior unsecured foreign-currency bonds to D (default) from C on Wednesday, after the 30-day grace period for the $21 million payment on the bond maturing in 2029 expired on Sunday.

At the heart of Congo’s debt crisis is a legal dispute over a $1 billion debt to the Congo-based construction company Commissions Import Export S.A. (Commisimpex). The firm is in court seeking payment for work it did going back to at least 1992.

Commisimpex sent two restraining notices to the trustee of the Eurobond in June, freezing the payment to investors of the funds which had been transferred by Congolese authorities.

“The Republic of Congo denounces these downgrades, which are solely based on the effects of the frivolous proceedings initiated by … Commisimpex,” Aymar Ebiou, an advisor to Congo’s finance minister said in a statement on Friday.

“The Republic of Congo maintains that no default has occurred … The country timely paid the trustee … on June 27, 2017.” 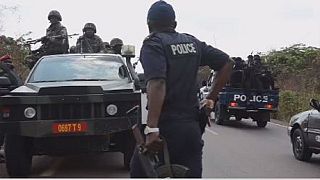