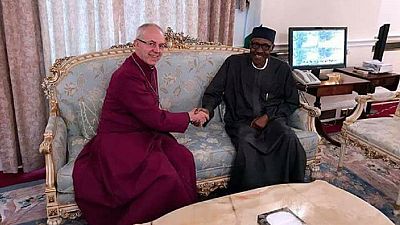 Buhari has been in the United Kingdom since May 7 this year. It is his second trip this year as he took medical leave for an undisclosed illness.

It becomes the Archbishop of Canterbury’s second meeting with Buhari this year – he paid a similar visit to Buhari in March this year. He expressed delight at seeing the progress Buhari had made, a presidential aide said.

Welby who just returned from a trip to Africa has over the past week met with three African leaders. He met with Sudan’s Omar Al-Bashir in Khartoum when he declared Sudan the 39th province of the church earlier this week.

From there, he moved to Uganda where he met with refugees in the country’s north. He later paid a courtesy call on Ugandan President Yoweri Kaguta Museveni in Kampala.

Local media reports indicate that Buhari is due home anytime soon. SInce May he has only been seen twice – first after a meeting with party chiefs and some governors before a second batch of governors flew to London to meet him. 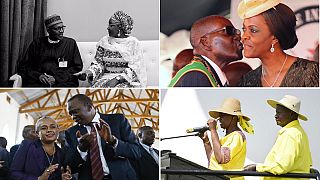