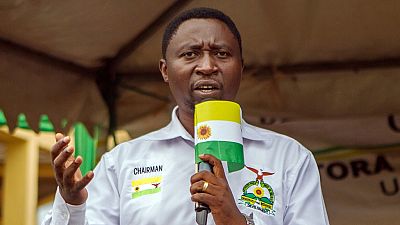 Appearing in the last day of campaigning, Habineza told supporters that he would take up the cause of many jailed Rwandan dissidents he said were “unfairly treated” in their sentencing.

“What we have decided is that we are going to put up a special tribunal to retry those political prisoners,” he told a gathering of his supporters in the capital Kigali.

Rwandans vote two days from now in an election that analysts the 59-year-old Kagame will win. He was allowed to seek a third term after constitutional changes were approved in a 2015 referendum by 98 percent of the vote, a figure the opposition and Western diplomats described as suspiciously high.

Kagame restored stability to Rwanda after its 1994 civil strife ended in genocide, presiding over rapid economic growth and a relatively corruption-free government. But his critics say economic progress has come at the expense of civil liberties.

Some of his political opponents were killed after they fled abroad, in cases that remain unsolved. Many have been arrested.

Habineza cited the case of Victoire Ingabire, who is serving a 15-year jail sentence on charges of genocide denial. She had come back to Rwanda in January 2010 from exile in the Netherlands to contest a presidential election in 2010.

The U.S.-based Human Rights Watch has said the charges were politically motivated and that the trial raised questions about the independence of the judiciary.

“You have seen these cases. Always the international community says their cases have not been properly handled,” said Habineza, who claims his Democratic Green Party of Rwanda has two million supporters in the country of over 10 million people.

“The time has come: President Kagame is going on Friday,” he said to applause.

The constitutional changes approved by parliament could allow Kagame to rule until 2034, when he would turn 76.

“Kagame has done a lot for the growth of the country, but clinging onto power can weaken him until he is like Zimbabwe’s Mugabe,” one taxi biker who was at the rally told Reuters. He asked not to be named.