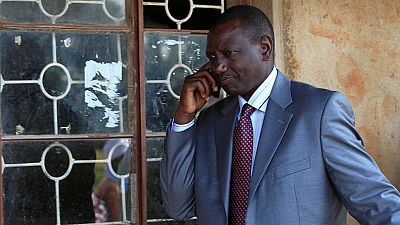 Unidentified gunmen have stormed into the house of Kenya’s Deputy President William Ruto in Sugoi, in the Uasin Gishu County on Saturday hours after the Ruto left for a campaign rally.

The gunmen disarmed and injured a police officer at the gate who fell unconscious, and fired shots from inside the house, local media Daily Nation reported.

Gunshots were heard from the house minutes before the arrival of police reinforcement who engaged the gunmen, the report added.

Ruto is reported to have left the rural home, three hours before the attack, for a rally in neighbouring Kitale town in the northern rift valley area.

Unconfirmed reports say there were three gunmen and two of them were killed by the police. A police officer is believed to have been killed in the shootout.

The Deputy President’s house has been cordoned off by the police as residents and the media gather for information on the attack.

Security officials were not available for comments.

The motive of the attack is unclear.