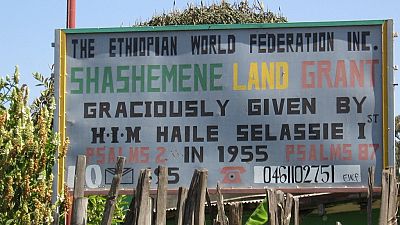 The Rastafarian community in Ethiopia have been promised official identity by the government after years of petition to be granted citizenship status.

The foreign ministry said Rastafarians in the country will be given identity cards to be able to reside and enjoy some benefits like citizens.

The government stated clearly that the identity cards will also be offered to foreigners who have contributed to the development of the country including Ethiopian Jews.

Foreign ministry spokesperson Meles Alem told AFP on Friday that with the identity cards, the nearly one thousand Rastafarians in the country can live there without residence permits and can enter the country without visas.

However, they cannot vote in elections and enlist in the security agencies, he added.

Many of the Caribbean-born dread-locked community started emigrating to Ethiopia in the 1960s and settled on the 200 hectares of land at Shashamene offered by Emperor Haile Selassie in 1948 for those who supported him in the war against Italy.

Their numbers grew after Selassie’s visit to Jamaica. Emperor Haile Selassie is seen as a god by many Rastafarians.

Since his overthrow in 1974 and death a year later, Rastafarians still feel they are not recognised in the “promise land” and cannot integrate.

Many have given up their Carribean identity and could not get Ethiopian identity, thereby leaving them stateless.