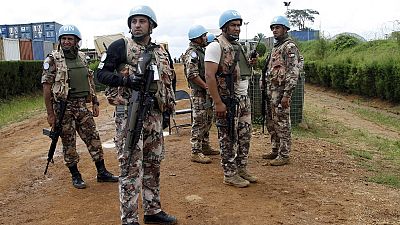 The United Nations named three human rights experts on Wednesday to lead an international investigation into killings and other crimes in the Kasai region of Democratic Republic of Congo, a move that could set up a showdown with the government.

Congo insists that its own justice system is in charge of the inquiry with the U.N. providing “technical or logistical support”. Some Western countries and campaign groups have said they had hoped for a stronger U.N. mandate.

A day after saying “elements” of the Congolese army dug most of dozens of mass graves in Kasai, the U.N. named Bacre Waly Ndiaye, a U.N. investigator from Senegal, to lead a fact-finding team that includes Luc Cote, who worked on a previous U.N. inquiry into Congo atrocities, and Mauritania’s Fatimata M’Baye.

They were named by U.N. High Commissioner for Human Rights Zeid Ra’ad al-Hussein who has called for perpetrators to be prosecuted, including government-linked Bana Mura militia whom he said cut off childrens’ limbs and sliced open pregnant women.

More than 3,000 people have been killed and 1.4 million displaced in the violence, part of growing unrest in the country since President Joseph Kabila refused to step down when his mandate expired in December.

The resolution on the inquiry cited reports of “recruitment and use of child soldiers, sexual and gender-based violence, destruction of houses, schools, places of worship, and state infrastructure by local militias, as well as of mass graves”.

Kinshasa has been fighting insurgents in the Kasai region since August, triggering fears of a wider conflict in the large central African country, a tinderbox of ethnic rivalry and competing claims over mineral resources.