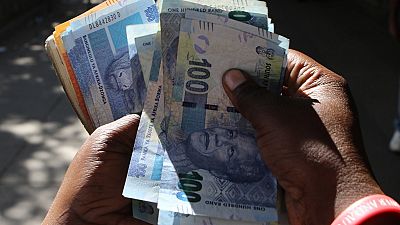 White Zimbabwean commercial farmers who were driven off their land during President Robert Mugabe’s controversial land seizures are disputing claims by the finance minister that they got $134 million in compensation last year.

Finance Minister Patrick Chinamasa told parliament on Thursday that his government had paid $134 million in unbudgeted money in compensation last year. He did not give details and his official statement did not include the figure.

Ben Gilpin, acting director at Commercial Farmers Union of Zimbabwe (CFUZ), a group with less than 200 members, down from 4,500 at the start of the land seizures, said on Thursday he was not aware of anybody who had been compensated.

“We haven’t seen or heard of those payments from people whom we have been in contact with. We would need to check where those payments have gone,” he told Reuters.

Another farmer who lost his property and follows issues of compensation also disputed Chinamasa’s assertion.

“This is most definitely not the case,” said the farmer, who did not want to be named for fear of retribution. “Where he is coming from I have no idea.”

Last year, Chinamasa said Harare could issue treasury bills and impose a land levy to raise money to pay evicted farmers, but he admitted the process would take a long time.

Another CFUZ official who declined to be named said the last time the government paid a substantial amount of compensation was to a citrus company, Interfresh, which lost some of its farms in Mazowe, north of Harare.

“We got to hear that Interfresh was paid in the region of $44 million, but that was a while ago,” the official said. “We have done some quick checks and it does not seem to be true that such an amount ($134 million) was paid last year.”

Mugabe has previously said the land seizures have ended. But at political rallies this year, he has been repeating threats against the remaining white farmers, saying they should be completely driven out.