Kenya elections one of the most expensive in the world - report 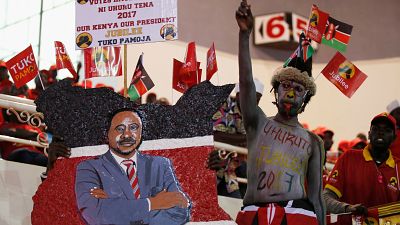 Kenya is feeling the strain of funding possibly the second most expensive election in the world in the face of falling revenues, public sector wage pressures and emergency spending following a prolonged drought, the country’s Daily Nation reports.

The paper reports that Kenya’s treasury will be forced to cut spending in critical sectors and divert resources from others, with infrastructure projects that the government is touting in its re-election bid the most likely to be sacrificed.

“The General Election could create uncertainty that would weaken both foreign and local investor confidence and slow down projected growth of the economy,” the treasury boss is quotes as saying.

A Pre-election Economic and Fiscal Report released last week shows that up to KSh49.9 billion ($499 million) has been allocated for the election, with KSh5.3 billion ($53 million) going to election-related security operations such as policing 23 counties that the intelligence service has identified as potential hotspots for election violence.

In East Africa, Rwanda is expected to have the most cost-effective election, with the electoral body expected to spend $6.9 million for the 6.8 million voters or $1.05 per voter on average, the Daily Nation further reports.

In contrast, Kenya’s average cost for the August 8 polls reflects an increase of more than half on the 2013 elections and is a quarter more expensive than in 2007.

The cost of the election in Uganda last year was $4 per voter compared with $5.16 per voter in Tanzania in 2015.