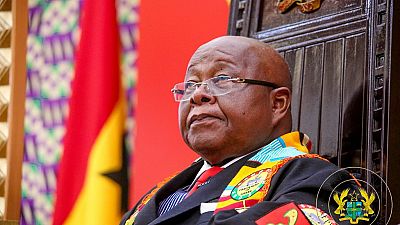 Ghana’s third most-powerful man, its speaker of parliament, says Africans are increasingly becoming fed up with external forces trying to force alien cultures on them.

Prof Mike Ocquaye, a seasoned lawyer and law lecturer, said it was unacceptable that foreign governments and groups were using the issue of human rights to champion acts such as homosexuality, bestiality etc.

He made the comments during a meeting with members of international rights group, Amnesty International (AI), who called on him on Tuesday. Among the issues AI raised was the need to scrap death sentence from Ghana’s statutes but LGBT rights did not come up specifically.

It is becoming a human right in some countries. The right to do homosexuality. The right for a human being to sleep with an animal. We are tired of some of these things and we must be frank about it. I think all these matters need to be seriously interrogated.

‘‘It is becoming a human right in some countries. The right to do homosexuality. The right for a human being to sleep with an animal. We are tired of some of these things and we must be frank about it. I think all these matters need to be seriously interrogated …,” the Speaker stressed.