Inauguration of new Lesotho Prime Minister Thomas Thabane was held on Friday after the fatal shooting of his wife on Wednesday by an unknown gunman.

58-year-old Dipolelo Thabane was shot together with another woman while driving in a village 35 kilometers from the capital Maseru, police said.

The new Prime Minister and his wife are reported to be separated and in the process of getting a divorce.

Thomas Thabane was devastated by the killing, according to Samonyane Ntsekele, the secretary-general of his All Basotho Convention (ABC) party.

Zambian President Edgar Lungu as well as the Deputy South African President Cyril Ramaphosa and Prime Minister of Swaziland Barnabas Sibusiso Dlamini were in Lesotho’s capital Maseru for the inauguration.

Other dignitaries from the southern African region were present at the National Stadium where the inauguration was held in the presence of King Letsie III.

The outgoing Prime Minister Pakalitha Mosisili was present at the National Stadium to hand over the national flag.

They won 48 seats out of 120, ahead of Prime Minister Pakalitha Mosisili, who won only 30 seats.

Thabane, who made a comeback after a two-year exile, was chased out of the country after a failed military coup in 2014 when he was Prime Minister.

He fled to South Africa and briefly returned in 2015 for parliamentary elections which he lost. 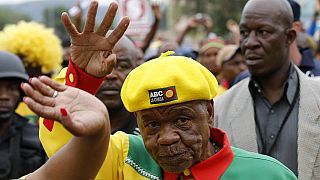 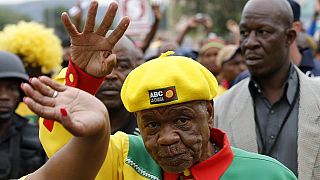 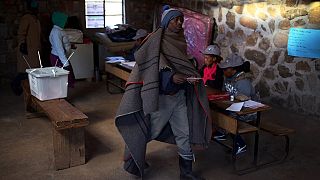