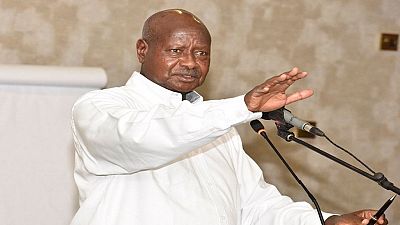 The Ugandan government has apologised to China after it accused its embassy officials of engaging in illegal ivory trafficking.

President Yoweri Museveni made the accusation in a letter on May 2 directing the chief prosecutor Irene Mulyagonja to investigate the case in which the suspected diplomats, Li Wejin and Yinzhi allegedly connived with officials of the Uganda Wildlife Authority to illegally export ivory.

The Chinese Ambassador to Uganda Zheng Zhuqiang immediately condemned the order insisting that there were no such persons listed as embassy staff.

Uganda’s foreign affairs ministry apologised in a statement on Monday saying it regrets the negative impact the incident may have caused the Chinese embassy as there were no such persons accredited as diplomats with the embassy.

“China and Uganda continue to enjoy very cordial relations. The government of Uganda reiterates its commitment to strengthening further the relations and bonds of friendship that exists between our two countries,” the statement cited by local media Daily Monitor said.

The order for an investigation followed allegations of theft of huge stocks of confiscated ivory from the Wildlife Authority over time since 2014 when 1,300 kilogrammes were stolen.