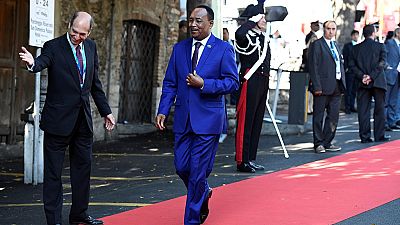 <p>Niger President Mahamadou Issoufou called on the leaders of the Group of Seven nations to take urgent measures to end the Libyan crisis and derided them for not keeping to aid promises to fight poverty in West Africa’s poorest regions.</p> <p>Niger, which adjoins Libya to the south and has fought Islamists at home, is increasingly concerned about the situation in the North Africa country where rival governments oppose each other leaving a power vacuum that has enabled Islamist groups to establish a foothold in the country.</p> <p>“The fight against terrorism in the Sahel countries and the Lake Chad demands that urgent measures be taken to put out the Libyan cauldron,” Issoufou, one of several Africa leaders attending a G7 summit in Sicily, said in a speech</p> <p>The former French colony remains one of the poorest countries on earth. More than 60 percent of its 17 million people survive on less than $1 a day and as a result it is also one of the main transit points for African migrants seeking to reach Europe through Libya.</p> <p>“Be it Niger, a transit nation, or the countries of origin, it is only through development that we will prevent illegal migration,” Issoufou said.</p> <p>French President Emmanuel Macron, whose country has more than 4,000 troops spanning across West Africa as part of a counter-terrorism operation, said on Friday that more needed to be done to support the development of countries like Niger as well as providing military assistance.</p> <p>Issoufou on Saturday also took a swipe at the leaders of Germany, France, Italy, Japan, Canada, Britain and the United States, saying they had simply not lived up to their promises.</p> <p>“In terms of development aid, rare are the donor countries that meet the level of 0.7 percent of <span class="caps">GDP</span> promised 50 years ago and the G8 promised in 2005 25 billion euros in extra development. That target promise was never met,” Issoufou said.</p> <p>Italy had hoped to make Africa the major focus of the annual G7 gathering, holding the discussions on the island of Sicily that has taken in hundreds of thousands of migrants over the past four years as they flee war and poverty back home.</p> <p>However, the two-day meeting got overshadowed by a suicide bombing in northern England on Monday that killed 22 people, and also got bogged down by lengthy discussions on the merit of free trade and the 2015 Paris Agreement to tackle climate change.</p>

The fight against terrorism in the Sahel countries and the Lake Chad demands that urgent measures be taken to put out the Libyan cauldron. 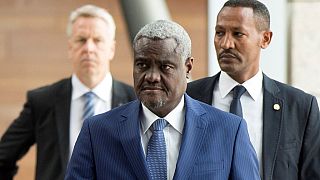 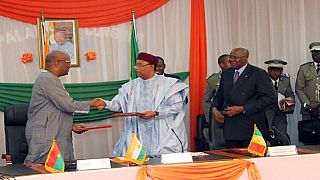 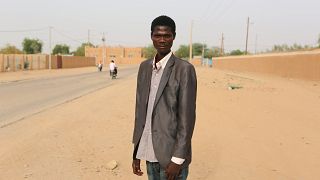