The 43rd African Development Bank Group (AFDB) annual meeting ended on a high note on Thursday in Ahmedabad, India, with applause on the optimism generated by the bank’s good balance sheet and the early successes of its High 5 priorities, especially in agriculture and energy.

In an interview with President of African Development Bank, Akinwunmi Adesina, he spoke about the execution of deals signed, in the course of this year’s AGM.

We have been able to deliver a lot in terms of things we said we are going to do. We are going to set up an African investment forum. This forum is going to be totally transactional forum, where we bring in investors and we bring them to look at projects that are on the continent and also monitor and evaluate investments that are being made,” said Akinwunmi.

“What we want to do at AFDB is to help to leverage huge pulls of capitals that are sitting out there globally in pension fund, sovereign funds and also the similar ones in Africa, into power, into infrastructure, roads, rails, ports and aviation in Africa. So it is going to be a totally transactional forum where we make deals happen. The only currency in that conversation will be deals,” he added.

AFDB governors from different countries endorsed the bank’s leadership in the transformation of African agriculture in the context of the global commitment to end poverty and overcome hunger and food insecurity.

The meeting also applauded the bank’s role in the New Deal for Energy in Africa, which aims at providing millions of households with electricity by 2025.

Over 3,500 top government officials, business leaders, representatives of NGOs, civil society, as well as members of the academic community and the media participated in the Annual Meetings, which were preceded by high-level meetings, symposiums and seminars on the bank’s High 5 priorities – Light up and power Africa; Feed Africa; Industrialize Africa; Integrate Africa; and Improve the quality of life for the people of Africa. 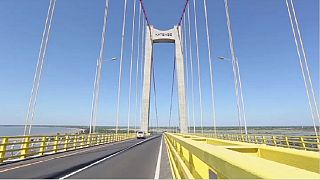