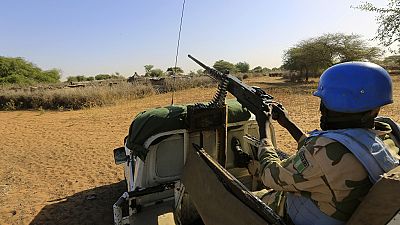 Some eight months after the U.N. Security Council authorized the deployment of an extra 4,000 peacekeepers to war-torn South Sudan, the first of those troops have just trickled in amid bureaucratic hurdles by the country’s reluctant government.

“Meanwhile the situation in the country has deteriorated at a rapid pace,” U.N. Secretary-General Antonio Guterres said in a monthly report on the status of the deployment and obstacles facing some 13,000 peacekeepers already on the ground.

The force is part of the U.N. peacekeeping mission known as UNMISS, which has been in South Sudan since its independence from Sudan in 2011. The country spiraled into civil war – with violence along ethnic lines – after Kiir sacked Machar in 2013.

“Deployment of some of the first wave elements of the RPF … has begun,” Guterres told the Security Council in a report, seen by Reuters on Thursday.

While it usually takes several months for the United Nations to get the troop contributions needed for a deployment, the world body has also had to contend with the South Sudanese government’s red tape and unwillingness to cooperate.

“It is indeed unfortunate that the first troops associated with the RPF have only begun to arrive eight months after they were initially mandated by the Security Council,” Guterres wrote, adding that as of May 15 there were 31 members of the Bangladesh Construction Engineering Company on the ground.

The Security Council had threatened to impose an arms embargo if Kiir’s government did not cooperate with the deployment or allow peacekeepers already on the ground to move freely to protect civilians.

But when the United States put the measure to a vote in December it failed to get the nine votes needed to pass.

Guterres told the Security Council that UNMISS “continued to be obstructed and restricted – in some cases encountering aggression from government forces.” He also said humanitarian aid deliveries were being hindered.

The United Nations estimates about 3 million South Sudanese – a quarter of the population – have fled their homes, parts of the oil-producing country are in famine and top U.N. officials have warned of a possible genocide.