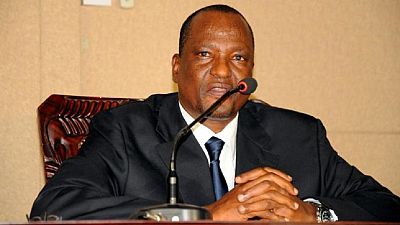 Gunmen attacked the vice president’s convoy in South Sudan on Tuesday and wounded three of his bodyguards, a government official said, underscoring worsening insecurity in the oil-rich nation.

First Vice President Taban Deng Gai, who joined the government after defecting from the main rebel group last year, was not in the convoy because he was traveling by plane at the time, State Minister of Information Jacob Akech Deng said.

The vehicles were assaulted as they headed north from the capital Juba to the town of Bor, he said.

The fighting that followed split the country along ethnic lines, spurred hyper-inflation and plunged parts of the nation into famine, creating Africa’s biggest refugee crisis since the Rwandan genocide in 1994.

The warring sides signed an internationally-backed peace deal in 2015 and Machar was again sworn in as vice president, only for a new round of warfare to erupt that forced Machar to flee Juba in July last year.

Kiir subsequently replaced Machar with Deng Gai, a former chief opposition negotiator who broke ranks with Machar but was not able to persuade a large number of rebels to follow suit.

Machar’s group, the country’s biggest rebel force and known as the SPLA-In Opposition, was not immediately available for comment.