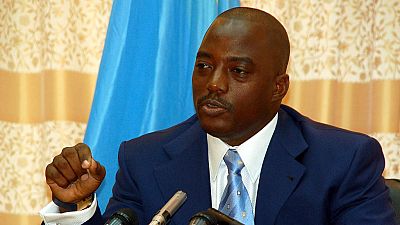 Democratic Republic of Congo President Joseph Kabila on Tuesday named a new transitional government, state television said, defying opponents who say he is in violation of a previous agreement.

Kabila, in power since 2001, struck a deal in December with Congo’s main opposition bloc to allow him to stay on after his mandate expired provided he held elections by the end of 2017. But talks to implement the deal broke down in March when Kabila refused to commit to the bloc’s choice of prime minister.

The roughly 60 ministers and vice-ministers read out on state TV are largely holdovers from the previous government and key ministries – including foreign affairs, interior, justice and mines – remain in the hands of Kabila loyalists.

Political tensions are high after security forces killed dozens during protests over election delays last year. Worsening militia violence in recent months has also raised fears of a backslide toward the civil wars of the turn of the century that killed millions.

Despite resistance to Kabila’s remaining in power, he has successfully co-opted large portions of the opposition. The new prime minister Bruno Tshibala, whom he named last month, is a former member of the country’s largest opposition party.

The new government faces a number of stern tests. Congo’s franc currency has half its value since last year and authorities are struggling to mobilise the resources needed to hold the election by the end of the year.