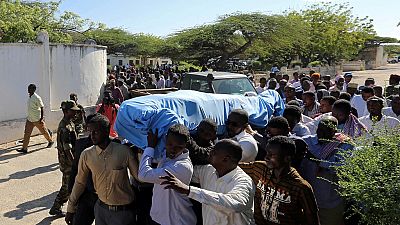 The Somali government arrested two soldiers on Thursday in connection with the killing a government minister in a suspected case of mistaken identity, the minister of information said.

Public works minister Abbas Abdullahi Sheikh Siraji died in his car on Wednesday when security forces on patrol in the capital Mogadishu opened fire on the vehicle, believing it was being driven by militants, officials said.

The country’s youngest minister, the 31-year-old was an inspiration to many Somalis having grown up in a Kenyan refugee camp, and his death caused an outpouring of grief online.

“Two bodyguards of the auditor general are now in the central cell in Mogadishu. We are investigating them over who killed the minister,” the deputy prosecutor of Somalia’s military court, Mumin Hussein Abdullahi, told Reuters.

“The public works minister was patriotic and was known for his ability and efficiency,” said a statement from the president’s office.

Militants from the al Qaeda-affiliated group al Shabaab have carried out frequent attacks in Mogadishu as they fight to topple Somalia’s Western-backed government and drive out African Union peacekeeping troops.

Somalia has been at war since 1991, when clan-based warlords overthrew dictator Siad Barre and then turned on each other.