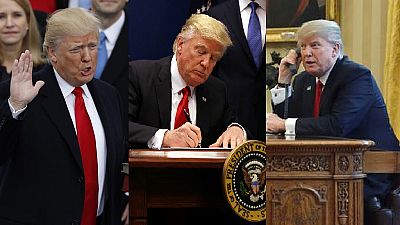 Today marks one hundred days since United States President Donald Trump took over the reigns of office from the first African-American leader of the country, Barack Hussein Obama.

Opinions were split on how Trump’s relation was going to be with respect to the continent, given the relatively cordial and mutual stance of his predecessor.

Many Africans saw a Hillary Clinton victory in the November 2016 as a continuation of the Obama relations but that was not to be as Trump won lesser popular votes but enough of the electoral college numbers to emerge winner of the polls.

My fellow Americans I truly believe that the first 100 days of my administration has been just about the most successful in our country's history. Most importantly we're bringing back jobs.

This article looks at the Trump presidency this far, from an African perspective. We will look at the angles of diplomacy, of security and what African leaders have said about President Trump.

Three African countries were affected in both travel bans the U.S. leader has signed – Somalia, Libya and Sudan. However both orders have been suspended by courts.

The Trump administration has shown that it will continue the fight against violent extremism on the continent.

The sale of combat planes to Nigeria and pledges by Trump in phone calls with Nigeria’s Buhari and Kenya’s Kenyatta indicated that he was ready to held fight against Boko Haram and Al-Shabaab respectively.

The United States military recently confirmed that it will deploy troops to Somalia in the fight against Al-Shabaab. This will be the first such deployment in over two decades because the last US troops in the Horn of Africa country left in 1993.

According to the US Africa Command, the latest deployment will help to train the Somalia National Army (SNA). The about 40 troops are to be deployed from the 101st Airborne Division.

His first meeting with an African leader was when Egyptian leader Abdel Fatteh Al Sisi met him in Washington DC. There again, Trump spoke about the desire to help fight Islamic State militants.


“Botched Diplomacy” – The meeting with Sassou that never was

The first meeting he was supposed to hold with an African leader was reported as one on Libya with Congo’s Denis Sassou-Nguesso. That was information given by Thierry Moungalla – Congo’s information minister. And that was before Trump was sworn in.

Hope Hicks of the Trump team said there had never been a meeting scheduled and that there would not be one before Trump takes office on January 20. This information was put out in late December.

The Trump administration, however, raised eyebrows on the continent with news that Washington was going to cut down on its financial commitments to the United Nations.

In November 2016, Boko Haram factional leader, Abubakar Shekau, released a message posted on YouTube reacting to Trump’s poll victory. Shekau said they will “not be fooled by people like Donald Trump or anyone in the coalition who is fighting our brothers in Iraq, Syria, Afghanistan or anywhere else.”

“Zimbabwe for Zimbabweans. I do not know him. Give him time,’‘ Mugabe told the state-owned Herald newspaper.

He was commenting at a security summit held in Ethiopia.

That's why I love Trump. He's told you he is not your uncle. This is good. For Africans who feel orphaned, sorry. Let's mind our own affairs pic.twitter.com/IdKs6u5Xl3

Trump trumpets his own achievements

“My fellow Americans I truly believe that the first 100 days of my administration has been just about the most successful in our country’s history. Most importantly we’re bringing back jobs. 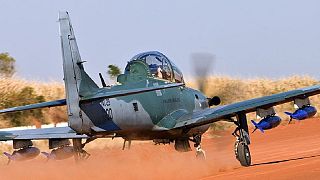 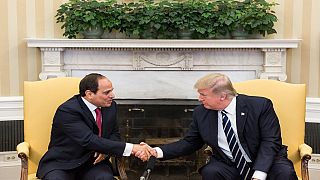 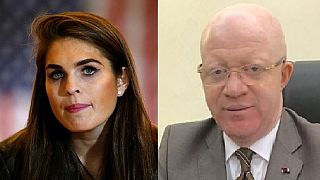