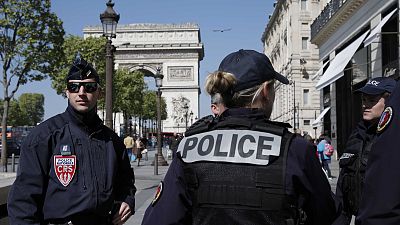 French police have detained three family members of the attacker who was shot dead in Paris yesterday after killing a police officer on the Champs Elysees.

A second suspect in the attack, which also left two other officers and a tourist injured, has handed himself into Belgian police after they alerted Paris of his possible involvement.

The French have identified the man as a troubled 39-year old who had previously served time for the attempted murder of three police officers in 2001, and who was on the security service’s watch list.

“Over the next few days more than 50,000 police officers and gendarmes will be mobilised to ensure a calm and peaceful election. Nothing must be allowed to interfere with a democratic moment fundamental to the life of our nation,” said Prime Minister Bernard Cazeneuve.

Police swept through the family home in Chelles in eastern Paris looking for evidence of links with ISIL, who claimed he was acting on their behalf. Neighbours expressed their shock.

“He was a loner. Very solitary. Perhaps he had schizophrenia, I don’t know. But in any case, the guy was very solitary while he treated everyone properly. So to do this it means he lost his mind,” said one young man.

Sentenced to 15 years in prison in 2005, state television France 2 reported he had recently been picked up on suspicion of buying firearms, but was released due to lack of evidence. 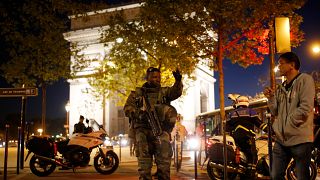